Exploring Bryce Canyon in the Winter Exploring Bryce Canyon in the Winter

When I planned my Thanksgiving weekend trip to Utah, I was prepared and expecting chilly temperatures, but I was not expecting a snowstorm. What was supposed to be just a cool weathered exploration of some of Utah’s National Parks, turned into exploring Utah in a winter wonderland.

To be honest, I’ve seen photos of the bright red and orange rocks against white snow, but I completely underestimated how beautiful it actually would be. I’m used to snow in mountain conditions, but this was a first for me in a more desert climate.

I left Los Angeles bright and early Friday morning after Thanksgiving dinner at my mom’s. Going in, I didn’t have a set plan. I figured once I got to Utah, depending on what time it was and weather conditions, then I would decide which parks to explore.

I packed my camping gear, originally planning to car camp. But during the snowstorm it was so cold, I decided to get hotels instead. Last minute hotels, Thanksgiving weekend in Utah are $60-70! That’s a huge steal! Of course, there are pricer hotels, I was looking for good deals at hotels with good ratings. I stayed at the Comfort Inn and La Quinta.

I’ve heard great things about Bryce Canyon, especially in the snow and it was close to Zion National Park, so we could see both before heading home Sunday afternoon.

I am so happy we did, Bryce is stunning in the winter. Bonus for me was that the park was covered in fresh powder!

Weather in the winter months

It’s cold in Bryce Canyon in the winter. I’ve heard that the area where Bryce is located is one of the colder parts of Utah. So dress accordingly. Warm!

In the winter months, the weather can drastically vary year to year and even week to week. If you have the flexibility to go last minute during a good weather window, I suggest doing that. If not, just monitor the weather conditions before leaving home to make sure you’re dressed for it.

If you’re worried about finding a hotel last minute, don’t! I went Thanksgiving weekend and had no problems finding hotels nearby. Affordable hotels too! I wish hotels were priced like this and available so easily in California.

Inside the park, there will be road closures and trail closures. During the winter months in Bryce Canyon, deadly avalanches and rockfalls can happen. That’s why rangers close those roads and trails and issue fines to anyone that is caught breaking it. For your safety, I suggest following the rules.

You won’t get to see most of the park like you may hope, but you can still experience Bryce Canyon as a winter wonderland, hike and enjoy the park.

Fairyland Road and Paria View Road are left unplowed all winter for cross country skiing and snowshoeing. After winter storms, the road to southern and higher elevation overlooks are closed while snow plows work. But the roads and parking lots which provide access to the Main Amphitheater overlooks (Bryce, Inspiration, Sunset, and Sunrise Points) are plowed immediately after winter storms.

Snow is only cleared from the sidewalks at the overlooks and paved section of the Rim Trail from Sunset to Sunrise Point. The Rim Trail from Bryce Point to Inspiration Point is closed to all traffic, including skis and snowshoes. Wear waterproof and warm footwear and bring traction devices like snowshoes (if there’s enough snow and powder) or microspikes.

After a big snowfall, trails will require snowshoes. You can bring your own or rent them outside of the park. The most common place to rent them is at Ruby’s Inn.

After a few days, the snow compacts and becomes icy. That’s when you’ll need mountaineering crampons or microspikes. Microspikes may be available for purchase at the Bryce Canyon Natural History Association’s bookstore at the Visitor Center.

Rockfalls are part of what makes Bryce Canyon beautiful and contribute to the constantly changing landscape. But during the winter and spring months, they’re very common so some trails remain closed for your safety. The Wall Street section of the Navajo Loop Trail is routinely closed through spring but the eastern side of the trail typically remains open. The Peekaboo Loop Connector Trail descending from Bryce Point is very steep and is often closed. Other trails might be closed too, check with the visitors center when you arrive.

Stop by the visitors center when you go to see what’s open. When I was there, it was right after a snow storm so only the three trails below were open.

This hike is B-E-A-U-T-I-F-U-L! When I was there, it was right after a winter storm so most of this hike was closed. I hiked to the bottom of the switchbacks and then we headed back up.

The Rim Trail between Sunrise and Sunset Point

This is a paved walk along the main amphitheater. Getting parking in the amphitheater was hard, but if you wait long enough and are willing to be creative with your parking, you can get in. Since I drive a small car, I squeezed in between two trucks, but I made a couple loops before I found a spot.

The road/sidewalk is plowed right after a storm so you don’t need traction footwear for this, but I still recommend winter boots because Bryce Canyon is cold in the winter. It’s also a family friendly walk.

The views of Sunrise Point and Sunset Point are beautiful. They overlook Bryce’s hoodoo landscape and give you a beautiful overview. In the winter especially with the white snow hugging the hoodoos and the bright orange rocks peeking from underneath.

This is along the Rim Trail.

I saw people hiking snowy trails in running shoes. Don’t be that person. Not only will your feet be cold and wet making for a not very fun experience, but you also risk hypothermia. I wore Salomon X Ultra Mid Winter CS WP Boots.

It gets cold there! Wear non-cotton moisture-wicking fabrics underneath your jackets. If it’s cold enough, thermals even!

Day Pack with Water and Snacks

Bring a day pack with enough water for the hike, snacks, and the 10 essentials! 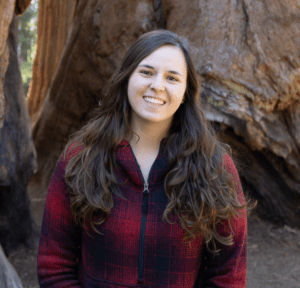